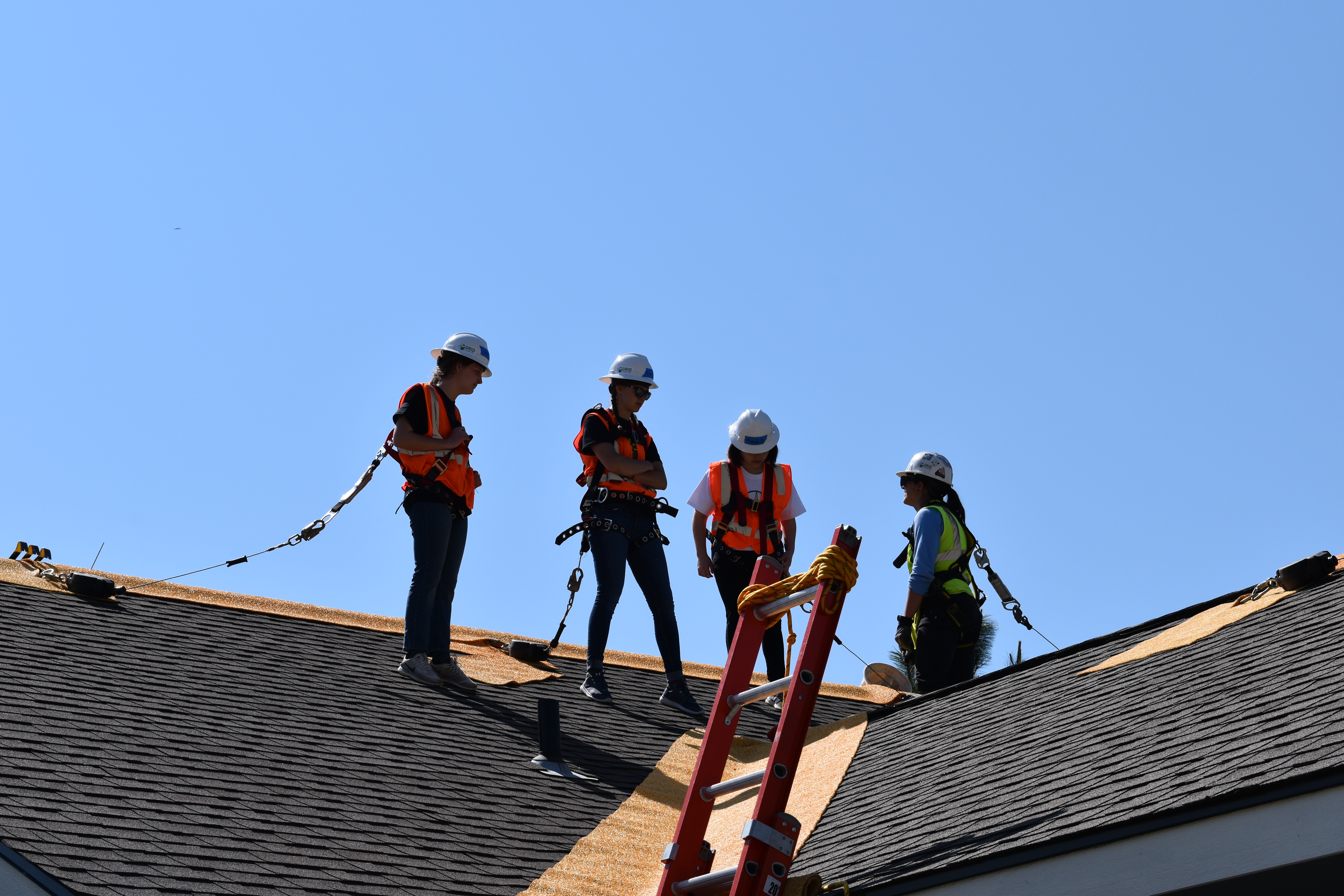 The next morning, we woke up to the sounds of birds as our alarm clock and set about readying ourselves for our first day on the build site. After a hearty breakfast of oatmeal, we all drove to the Spokane Native American Reservation. After a few wrong turns, we made to the Housing Authority where we met up with the GRID team. It was so good to be able to see some familiar faces of GRID staff that Abbie and I had worked with in the past. After a quick meeting to get everyone acquainted with our team from CCHS, GRID Staff, and tribal members that would be working with us and learning solar alongside us, we drove to our individual build sites. Our Eco Action team split up into two groups: some of us were set to instal on a few residential houses, and some of us were set to work at The Spokane Tribal Fish Hatchery.  For the following blog posts, we have separated the stories into these two main build sites.

We are working on a home owned by the housing authority but rented out to tribal families. Our volunteer team is Conley, Emma C, Lauren, and Abbie and we have wonderful GRID staff Nadine, Wyatt, and Cassandra. With two of us up on the roof at all times and plenty of ground team support we were able to lay and secure all the racking down on the roof and lay the flashing by prying up the shingles and drilling into the rafters. 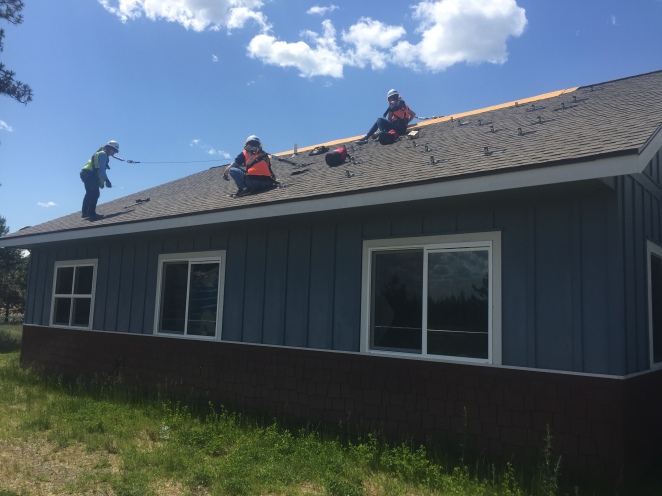 Measuring out spacing between flashing before placing the racks

The first time seeing our build site was very daunting. There were at least three roofs to cover, and hundreds of panels to install. However, GRID staff had got there before us, and had already planned out a lot of the placement for the solar panels, and had even installed a few. All of the materials and tools we needed were ready and waiting. By the end of the first day, we had installed all of the racking and set up the wiring for the first main roof, and had installed at least 20 panels on the far side. It was hard work under the sun, but I think I speak for everyone when I say that I felt very accomplished! 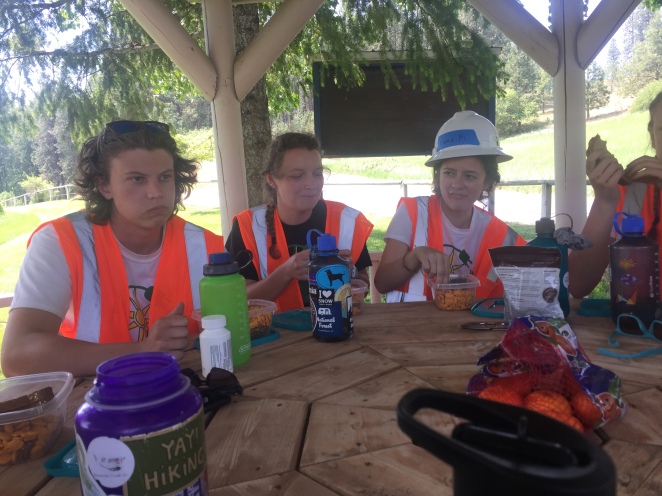 Back at our campsite, everyone felt pretty hot and tired. We all decided to go down to the lake near where we were staying and cool off in the water. After swimming, card playing, and hammocking, we all went to bed before the sun was even down (a trend that continued throughout the trip)! 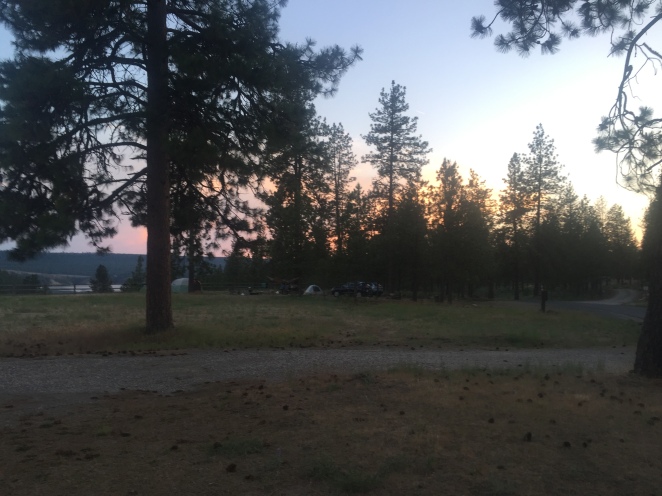