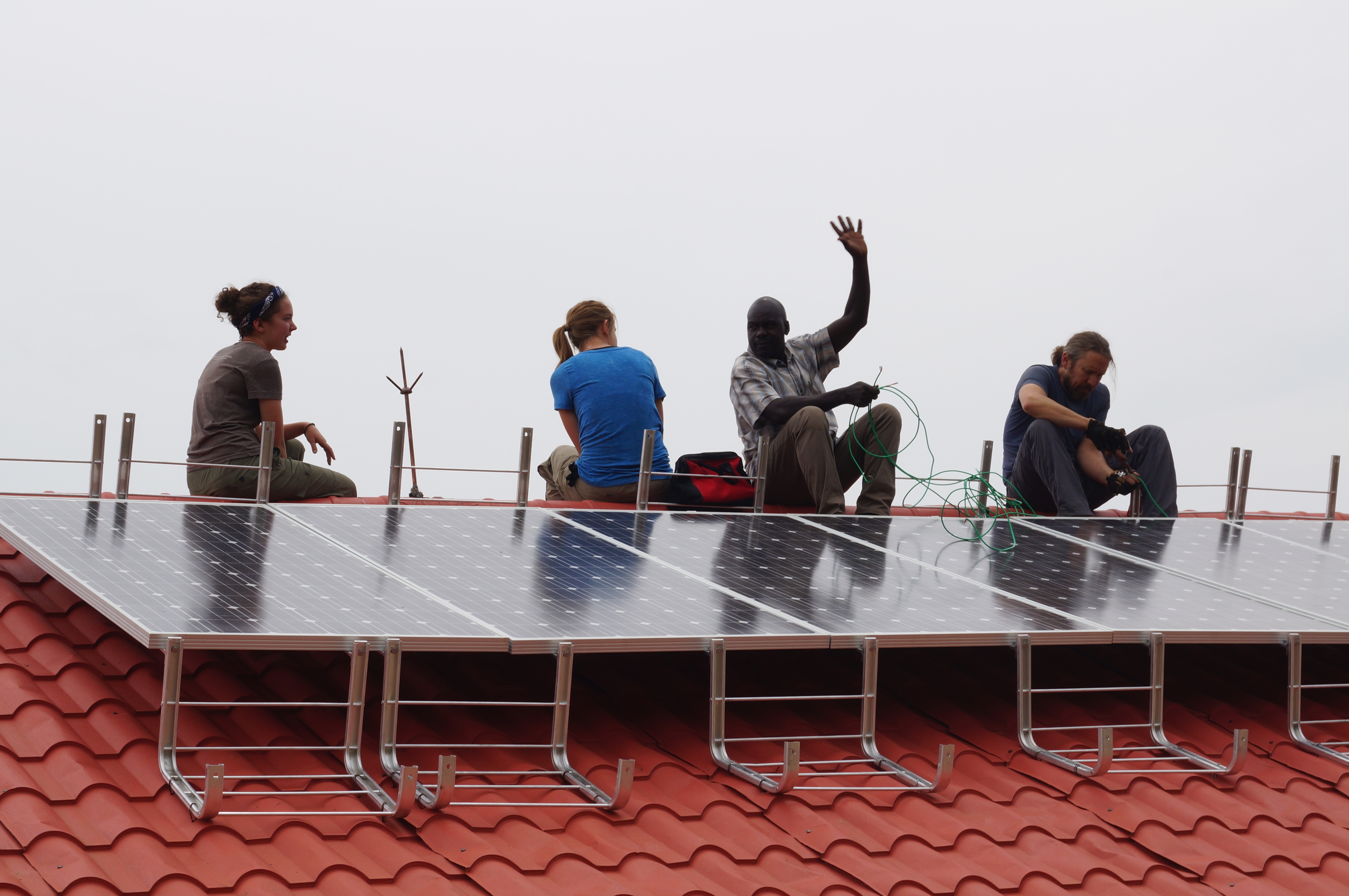 Although  our beautifully mounted panels seem to testify the completion of our project, in reality we have several days’ worth of wiring still ahead of us.

This morning Lauren and I wove the each of the positive wires from the solar panels through the gap in the roof ridgeline into the attic. Our next step was to run additional wire from each of these 6 positive wires to the junction boxes we had recently mounted on an attic support beam. As soon as the sun rises, our solar panels become “live”: they begin to  generate a current; however, as long as the positive and negative wire terminals do not touch each other or something else conductive (such as metal), the solar panels (and our bodies) are safe. To ensure the wires would remain insulated while we measured the necessary length of wire, Lauren climbed up into the rafters to duct tape the terminals of the wires. Meanwhile Jeff mounted the inverters and charge controllers to the wall in the  storage room just below the attic opening. 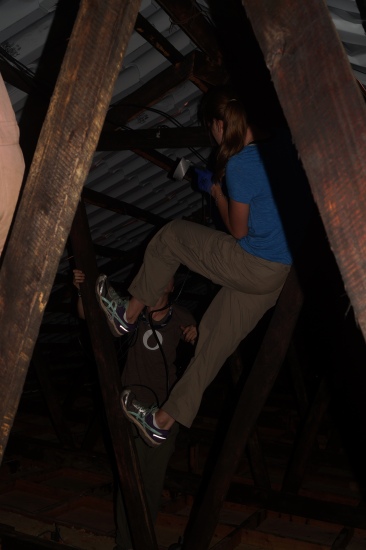 Lauren  temporarily duct tapes the positive terminals of the wires in the attic.

We are configuring the panels into two systems. Each system includes three panels and a junction box to join three positive wires into one. We will run those two wires into the storage room where the rest of the equipment for the system is to be mounted.

Wiring the third wire into the junction box

After a lunch break at the library, we headed back up into the attic to continue wiring. We used wire nuts to join the wires and ensure a reliable connection.  By the time we finished, we were covered in sweat and suspicious black sooty dust, but proud of our progress.

My mom Amy, Jeff and Amy Boyce headed back to the guest house after a long day of work. Lauren and I stayed later to play volleyball and we tried millet porridge!  I was certainly my team’s weakest link but their skills more than compensated for my lack thereof. Even the teachers were good sports and played in the games. On the sidelines I spoke with more students who were interested in my life back in the States.

Glorious, the English teacher at the secondary school, invited us to attend class tomorrow morning. We gladly accepted and look forward to learning along with our new Ugandan peers!